We held a seminar on what to watch out for regarding eating habits, immunization and disease prevention while studying abroad, with participation from 11 study abroad agents and 6 media correspondents.
As a little extra information you should know while studying abroad, we welcomed our speakers Ayako Seto (Registered Nurse at Sanofi Health Insurance Society, Health Promotion Centre) and Dr Atsuo Hamada (Professor at Tokyo Medical University Hospital, Travel Clinic) to present a seminar on how to eat (including eating out) while overseas in a way that best suits the Japanese diet, whether getting a vaccination during your studies abroad is necessary, and things to look out for regarding diseases and disease prevention at your study abroad destination.
Event was hosted by JAOS, Sanofi KK 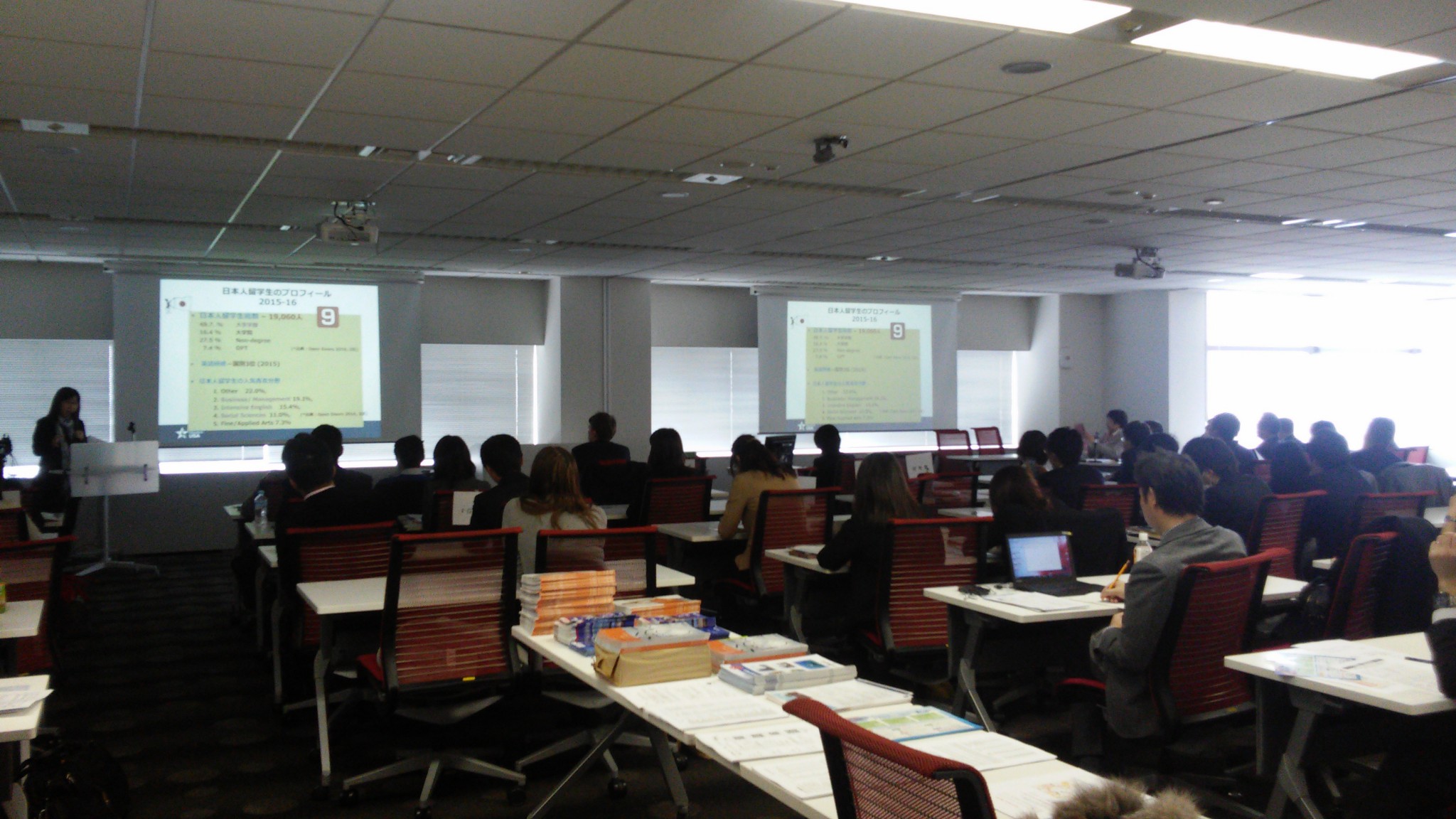 We held the 20th JAOS/FGER (Foreign Government Educational Representative) meeting. The FGER gave a report on the latest trends and the annual activity of studying abroad, Mr. Yokoyama of the Philippine Department of Tourism compared the trends of studying abroad in Japan with Asia, Executive Secretary of JAOS, Hoshino announced the trends in Japanese study abroad based on JAOS statistics, and there was an enthusiastic sharing of information by the attending organizations. There were 28 organizations from JAOS and 10 from FGER (U.S. Commercial Service, Japan-U.S. Educational Commission, Embassy of Canada, British Columbia Trade and Investment Representative Office in Japan, Australian Embassy Marketing Office, Trade and Investment Victoria, Trade & Investment Queensland’s Office in Japan, British Council, Campus France, Philippine Department of Tourism). 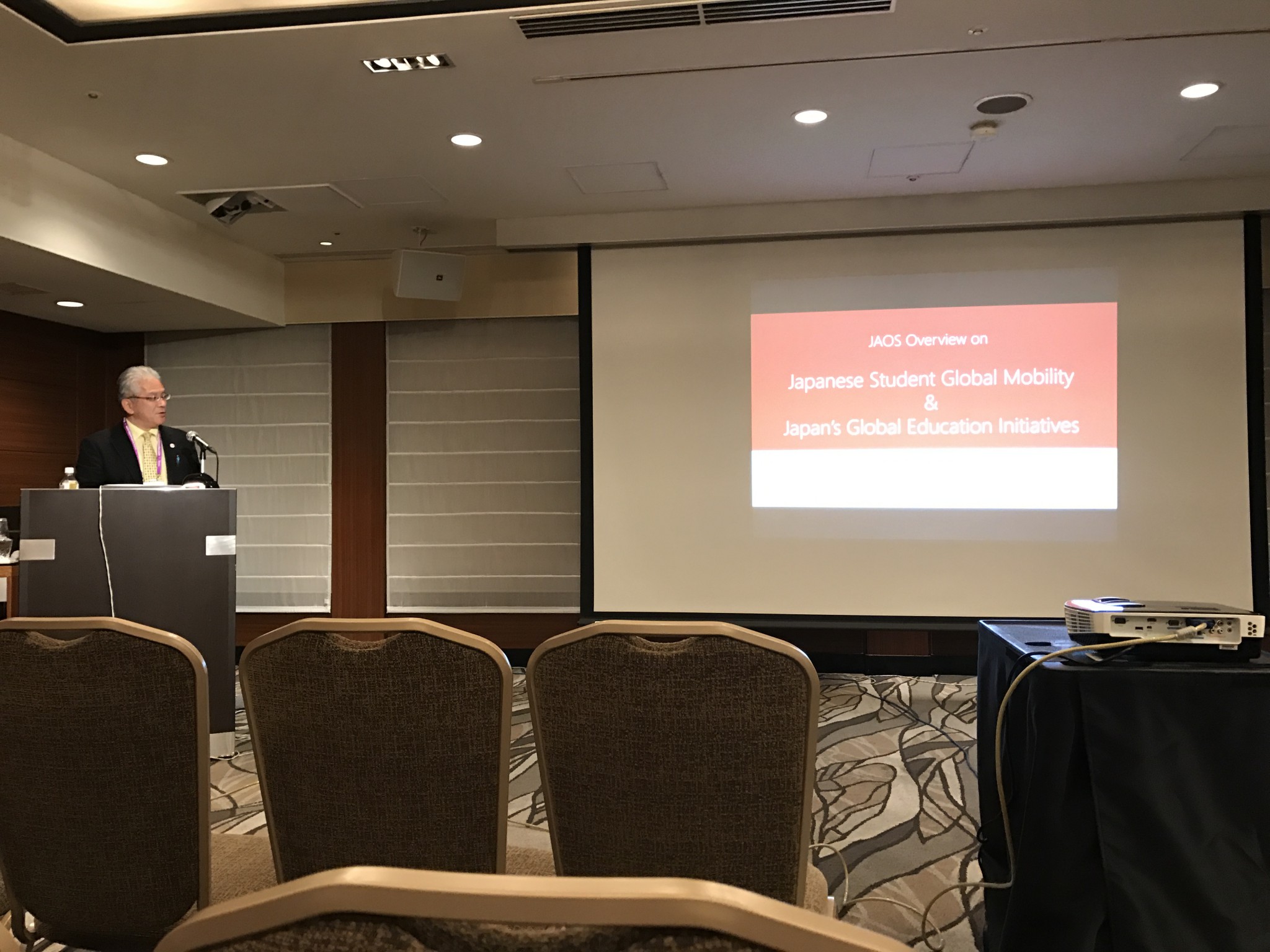 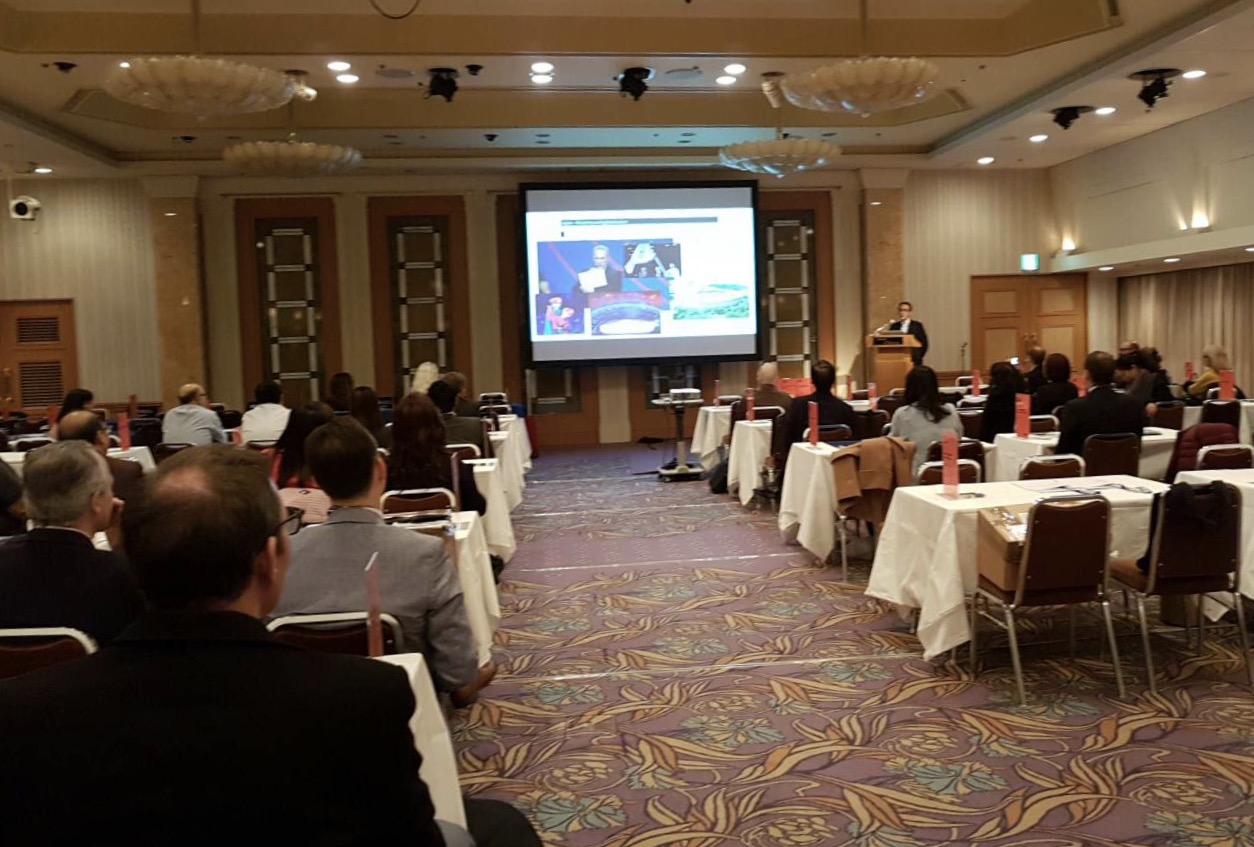 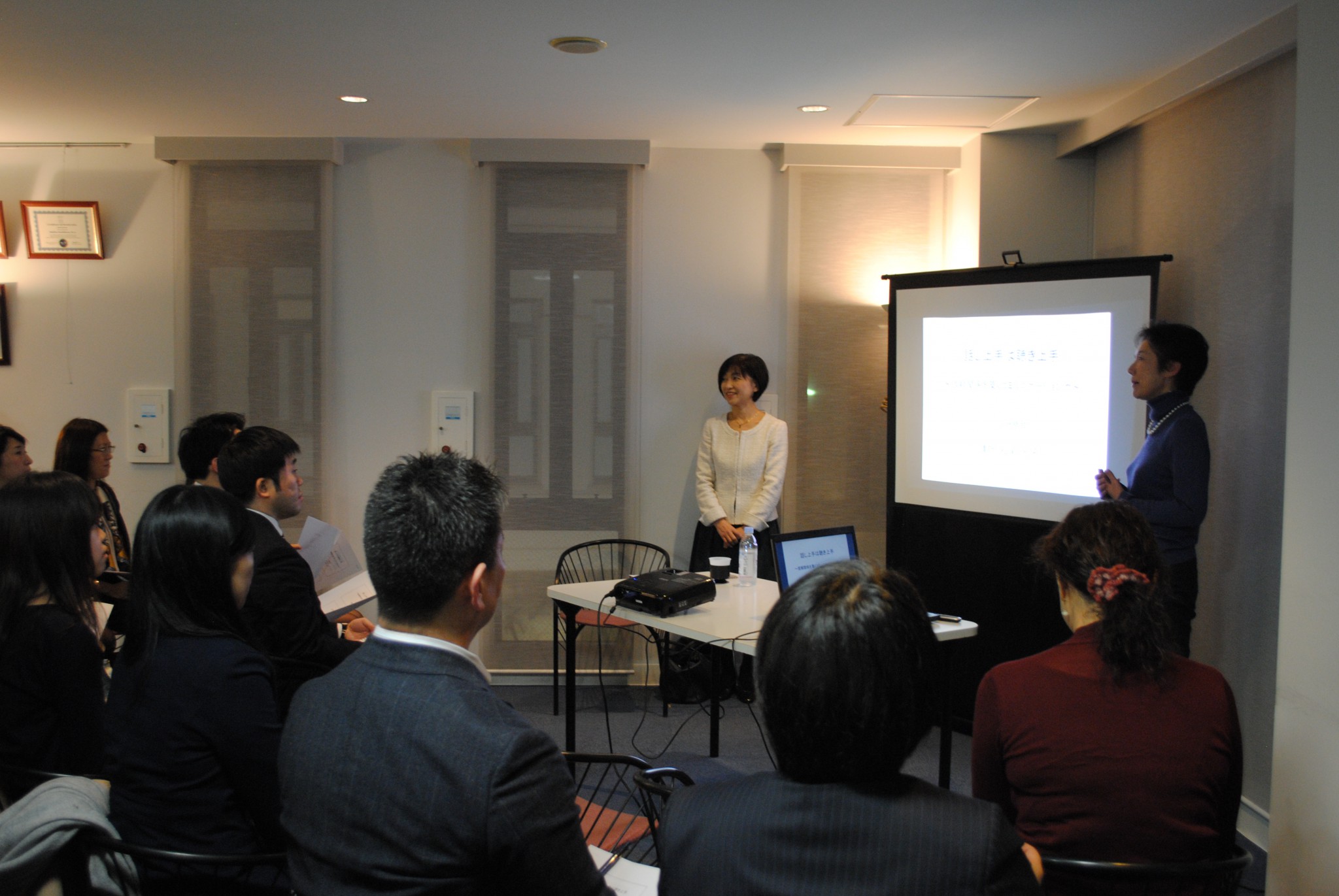 We invited Noriko Matsuo, a former announcer of Fuji Television Network, as a lecturer in order to further boost the communication skills necessary for reception as a counselor for studying abroad. Combined with her experiences of actually being interviewed by various kinds of people as an announcer, she gave us a pleasant talk about knacks of being a speaker such as articulation and ways to speak and also knacks of being a listener to whom customers would be willing to talk and open their minds.

Seminar on study abroad in Malaysia 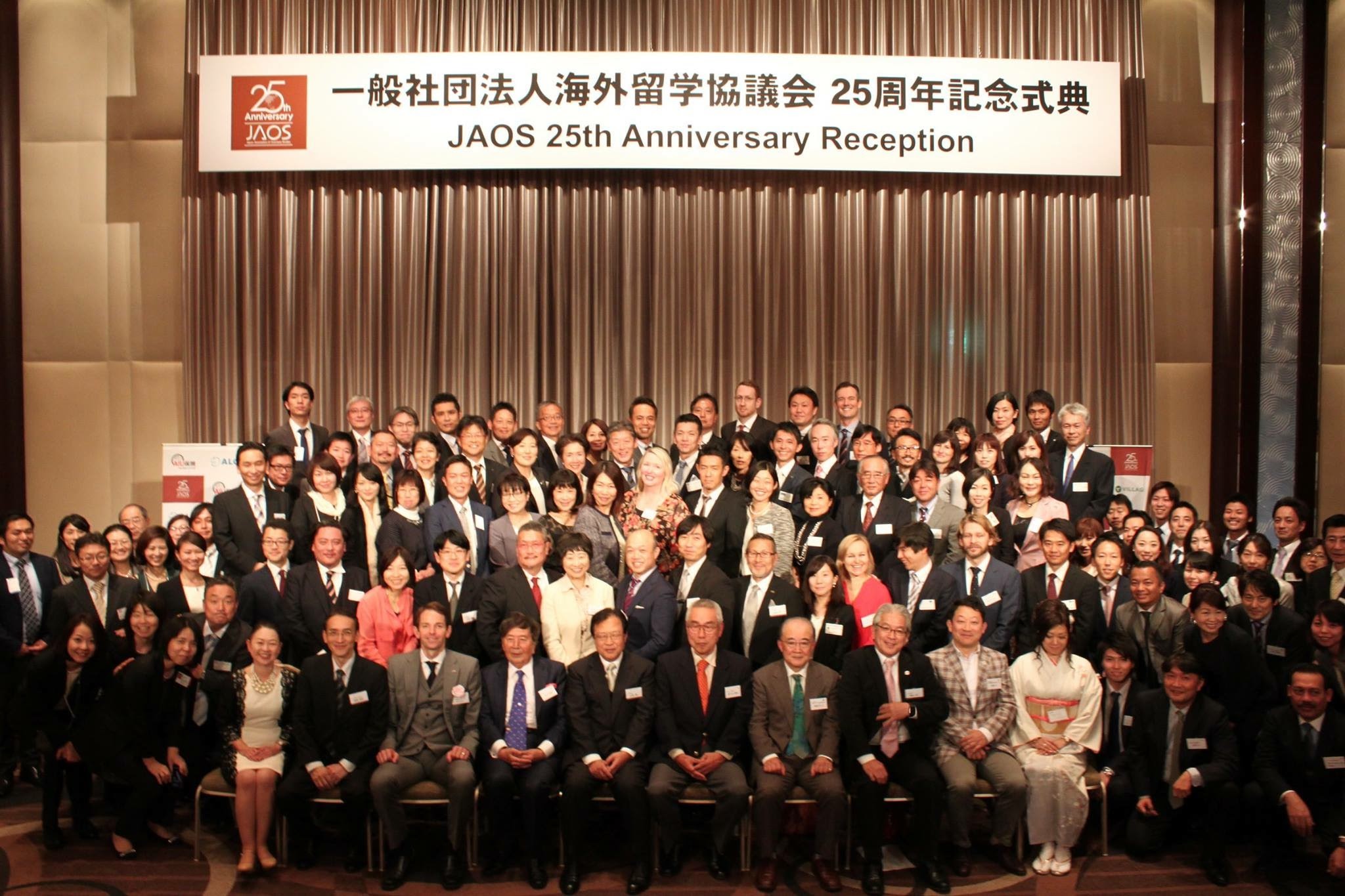 This year, JAOS held a commemorative ceremony to celebrate its 25th anniversary.
This grand event was attended by former Ministry of Education, Culture, Sports, Science and Technology Minister, Hakubun Shimomura; Member of the House of Councilors, Kusuo Oshima; Premier of the Queensland Government, Annastacia Palaszczuk; New Zealand Ambassador, Stephen Payton, The Japan-US Education Committee/Executive Director of Fulbright Japan, Matt Sussman and others, including about 200 guests from various ministries and agencies, embassies, universities, educational and cooperative organizations, and JAOS members. 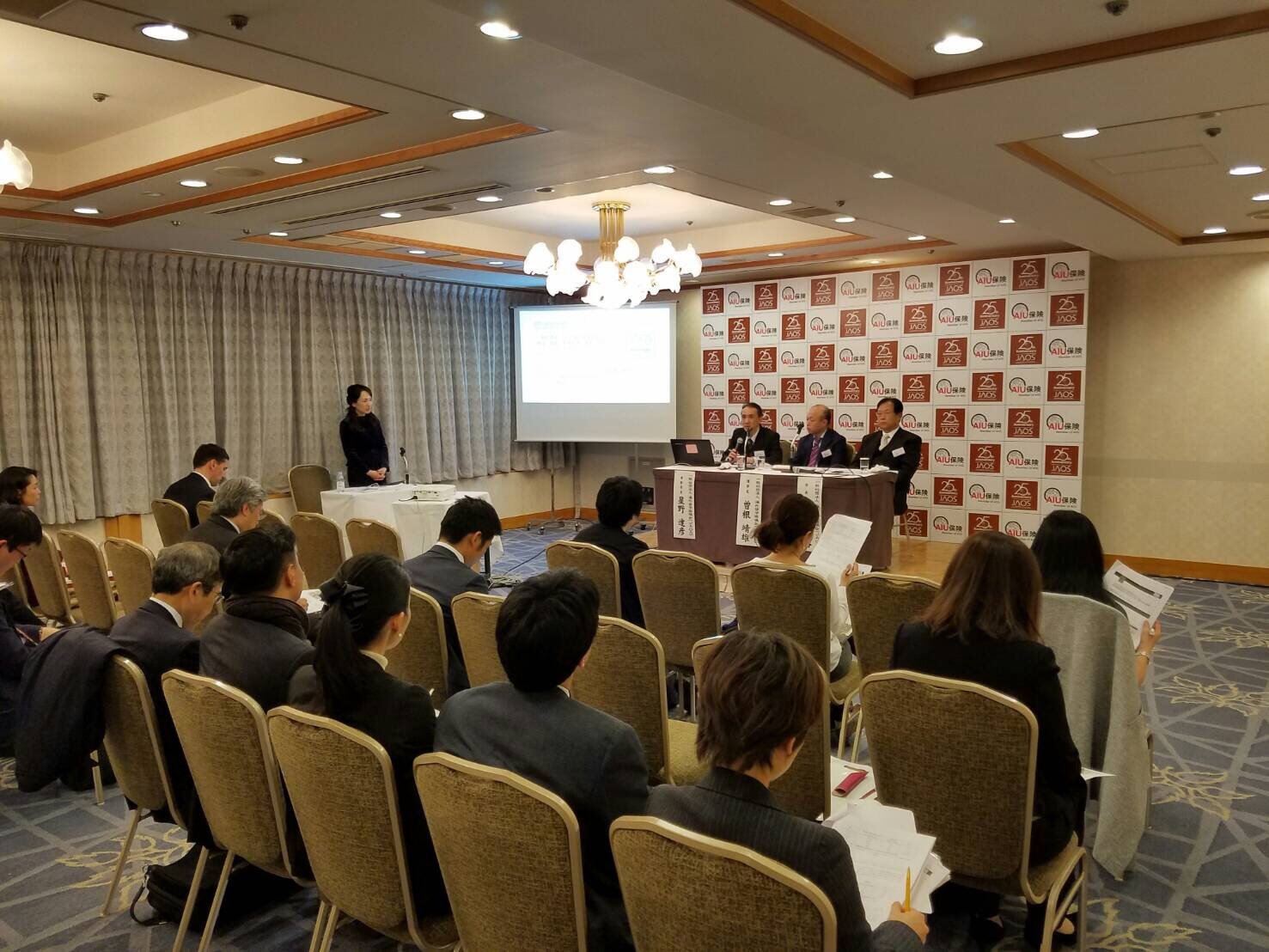 A press conference was held prior to the JAOS 25th Anniversary Ceremony.
With Chairman Yamada and President Sone in attendance, Secretary-General Hoshino presented the Japan Student Services Organization (JASSO) findings from a January 2016 survey of 36 JAOS member companies entitled “Survey on the Status of Japanese Studying Abroad by 36 Study Abroad Agencies”.
JASSO findings indicate that: “more than twice as many Japanese are actually studying overseas, and that a large number of students had been overlooked”, in stark contrast to figures released by the Ministry of Education, Culture, Sports, Science and Technology.  The press conference was attended by 14 reporters, from various media companies, who showed strong interest in the discrepancy in calculations and findings.
1 2 3 4 5 6 … 15 >