JAOS 2017 Survey on the Number of Japanese Studying Abroad 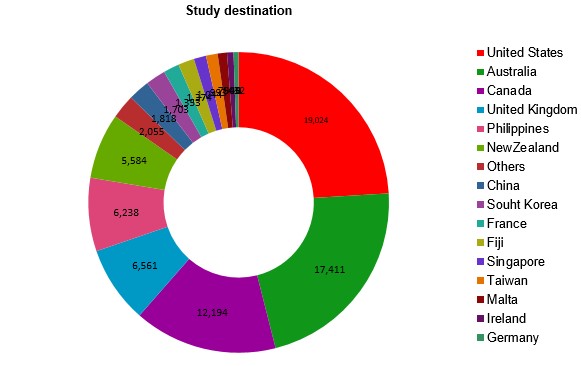 JAOS aims to promote the healthy development of the study abroad industry and provide instruction and guidance to improve and maintain quality of service providers in Japan. JAOS consists of 66 private and public-sector organizations based in Japan. In August 2017, JAOS organized the “JAOS 2017 Survey on the Number of Japanese Studying Abroad”, a survey of 40-member education agencies that provide study abroad services. The survey collected from these 40 organizations the number of Japanese who used their study abroad support services. As a result, JAOS survey revealed that these 40-member education agencies helped nearly 80,000 people (79,123) study abroad in 2016. Taken together with the results of other surveys conducted by various entities in Japan, these numbers suggests that we can surmise that more than 20,000 Japanese people studied abroad during the year.

↓The material can be downloaded from here.

↓The material can be downloaded from here.